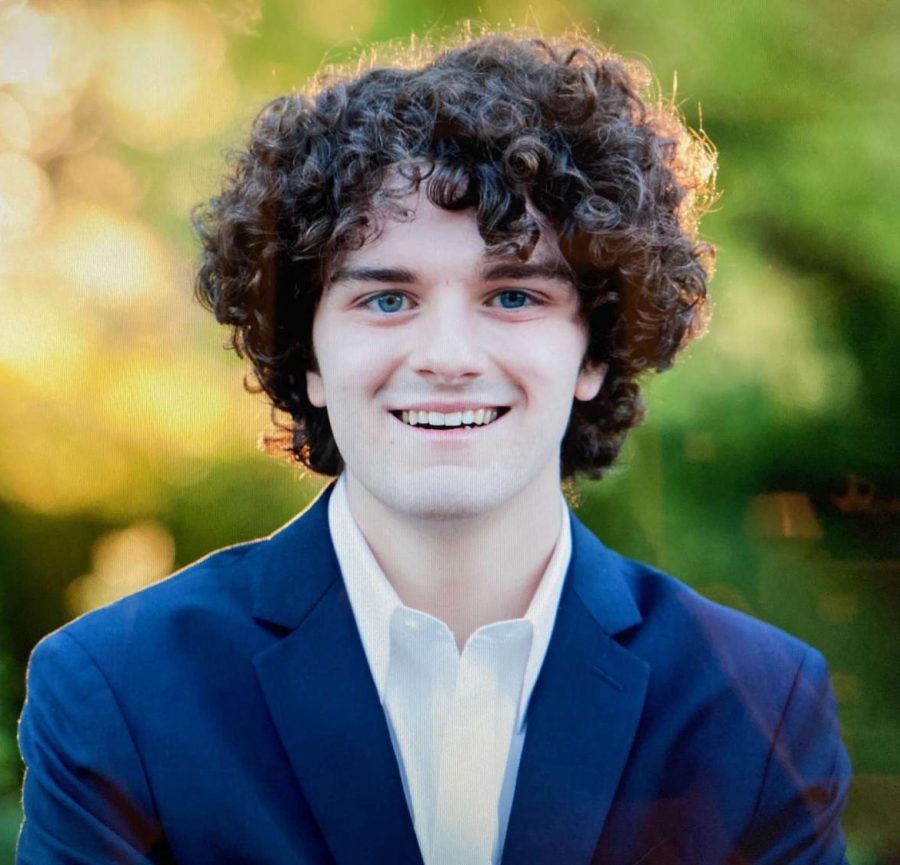 Aiden Caywood is the fourth senior at Paducah Tilghman to be named the Paducah Bank Teen of the Week by The Paducah Sun this year. Caywood was awarded this honor for the week of October 12th. This award is given to high school seniors in the Paducah area to recognize the accomplishments they have made throughout their high school years. Caywood now has the chance to be named the Teen of the Year and win a $5,000 scholarship or the Inspiration Award which is paired with a $1,000 scholarship.

Caywood has developed an extremely successful resume during his high school years. He has earned a weighted cumulative GPA above 4.0 and is an AP Scholar. Caywood is also involved with several Paducah Tilghman extra-curricular activities including the Sustainability Club, Concert Choir, Concert Band, Prime Rib, Another Shade of Blue, Marching Band, and the National Honor Society.

Caywood is passionate about recycling and has contributed many efforts to input recycling in Paducah Tilghman and the community. He stated, “I think doing anything you can to reduce the amount of waste and trash that’s going into landfills or the ocean, definitely benefits millions and millions of people in the future and everybody that’s currently alive.” Caywood is the founder and President of the PTHS Sustainability Club which did biweekly recycling collections in 2019. He mentioned that “I hoped to continue the club for the 2020-2021 school year but due to COVID-19 it is currently unethical because of issues with contact tracing.” Luckily, Paducah Tilghman has gone paperless which extremely lowers a large amount of what would be recycled at the school.

While Caywood has focused many of his efforts on recycling in the school system, he is also regularly involved with recycling programs in the community such as riverfront cleanup through the Jackson Purchase Foundation. Caywood has thoroughly pursued his passion for recycling and sustainability and hopes to continue his efforts after high school in order to benefit future generations.

Caywood is trying to make the best of his senior year during these unique times with a worldwide pandemic. He has chosen to attend school virtually and explains that there are positive aspects with virtual school by stating, “I’ve been using this year to work on myself a lot and I have had time to work on self-development to get myself ready for college”. Caywood explained that he has had the chance to read and study different sources that he normally would not have the time to look at during a normal school year. Caywood is making the most out of his senior year and is excited for the future ahead of him.